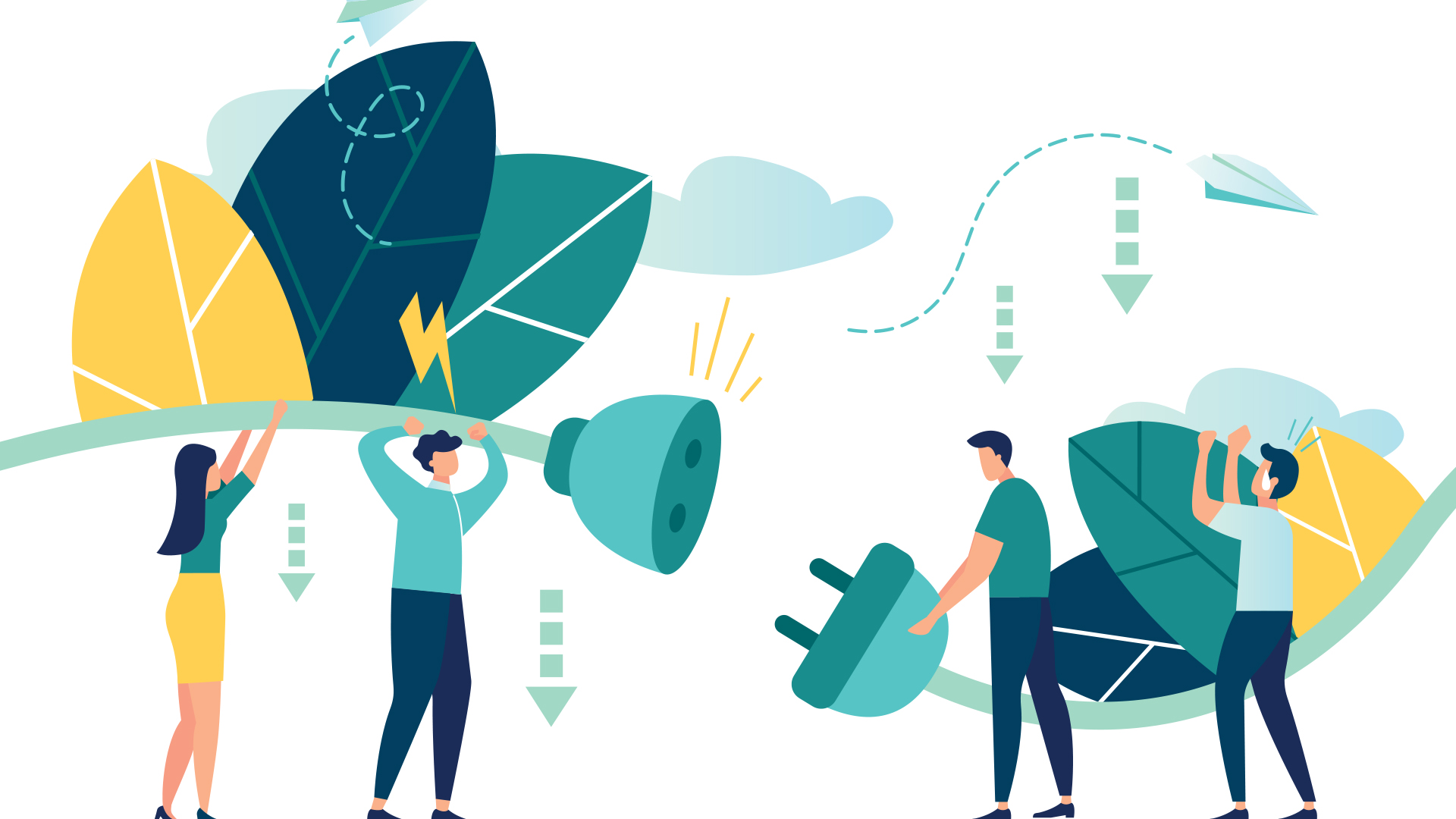 All Canadians deserve equal access to opportunity, whether that’s through education, employment, or support services. While these things are widely available to most through the internet, many Canadians still don’t have access to the internet or their connections are unreliable or slow.

The Universal Broadband Fund from Innovation, Science and Economic Development Canada is in motion right now and looks like it will solve the challenge for citizens, government, and the greater good.

As a starting point, let's understand what the Universal Broadband Fund is. Directly from the Government of Canada’s website: “The Universal Broadband Fund is a $2.75 billion program that will provide funding to a range of high-speed Internet projects across the country. It has been designed to fund broadband infrastructure projects that will bring Internet at speeds of 50/10 Megabits per second (Mbps), with a focus on rural and remote communities”.

In 2020, two-thirds of Canadians had internet that was slower than 50/10 Megabits per second (Mbps) which inhibits access to online education, remote jobs or applications, and some government services. The Universal Broadband Fund since 2019 has had the mandate to connect Canadians to the internet at speeds of 50/10 Megabits per second (Mbps), especially those in rural and remote communities. In partnership with the Universal Broadband Fund, across the country provinces and territories like British Columbia are launching programs like the Connecting Communities British Columbia initiative to increase rural and remote connectivity in their regions.

The Universal Broadband Fund should really help to address another challenge the rural and remote communities face. The digital divide is a significant gap between people who have and do not have, access to the internet and the technology tools required to access the important and critical information available online.

Many Indigenous and low-income people and families in these rural communities can’t easily access the information many of us are privileged to have. As the global pandemic spread rapidly, just think about how reliant we became on the internet and the devices we accessed the online world from. If people are on the wrong side of the digital divide, they faced even more challenges trying to gain access to healthcare, for kids to participate in online classes and education, stay in touch with family and friends, and simple access to urgent care or other emergency services. The Universal Broadband Fund will put these Canadian communities on the road to accessing high-speed internet.

The goal and timing

This is no small accomplishment, in fact, it is a substantial national project that has obtained funding directly from contributions made by large Canadian telecommunications service providers whose total annual Canadian revenues amount to at least $10 million. The funding budget is managed by the Canadian Radio-television and Telecommunications Commission. The federal government has committed to getting 95% of Canadians connected by 2026 and 100% by 2030.

Canadian telco giant TELUS Communications has been working on this since 2013, investing over $900 million into rural communities in B.C., Alberta, and Quebec. Upcoming in B.C., TELUS will receive additional government funding and construct the network (state-of-the-art mobile networks and extensive fibre), which will aim to connect 1,977 underserved households in Pemberton, Steelhead, Ryder Lake, northwest of Princeton, and the north Sunshine Coast regions of the province. They are also bringing high-speed internet to 5,080 rural underserved Albertan households across the province. Across Canada, other communication companies are also participating like Bell Canada, Cogeco, Novus, Rogers, SaskTel, and Shaw to name a few.

The government is currently on track to achieve this lofty target, great news for all!

Not without some challenges

The project in general is a wonderful step forward. However, no project of this scale escapes the challenging bumps in the road that always seems to be unavoidable.

When looking at these underserved rural and remote communities, politics do factor in. Municipalities own approximately 60% of Canada’s infrastructure, and all municipalities typically have a few primary sources of income, one being property taxes.

Whether it be the financial impact of Covid or other economic influences, municipalities are now heavily scrutinized by the public, and media and can not run deficits. Over the past two years, property taxes have slowly eroded. Combine this with the fact that rural communities often have a smaller tax base and revenue generation, and the provinces continued grappling with federal government finances. Alberta is an example with its municipalities collectively being owed $245 million in unpaid property taxes from oil and gas companies...which results in this process facing some significant financial hurdles to cut through.

Looking past some of the challenges of this enormous project, there are some very exciting reports of progress and benefits starting to be shared. Just recently, the Government of Canada announced affordable high-speed Internet to help connect low-income families and seniors priced at just $20 a month.

In Ontario, the governments of Canada and Ontario have partnered to support large fibre projects that will deliver high-speed internet to 280,000 rural and remote households across the province.

High-speed internet access is coming to more than 2,500 households in rural Saskatchewan, and in Manitoba 93 communities in the province are getting their high-speed access which will improve access to health care and many online services.

British Columbia announced nearly half a billion dollars in funding, partnering with the federal government, to reach 280 remote, rural and Indigenous communities with high-speed internet and 800 communities by 2027. We at Button have been engaged with the BC’s Ministry of Citizen Services to ensure this program is well-designed to meet the aims set by the Minister and the budget. Research and service design has gone into understanding how service providers, First Nations, municipalities, and local communities can address 50/10 connectivity across the province. We are developing the applications to best fit the needs of the program.

We are on the right path, soon the struggling 46% of rural households and 35% of First Nations households will have access to high-speed internet. The connectivity gap is shrinking, and the 2026 and 2030 goals of achievement are on pace.

Public betterment of the quality of life is the end result, that’s what it should be about. What are your next actions? Any thoughts to share?